Inside his Eden Prairie frozen yogurt shop these days, Mark Miller might just be plucking away at his guitar. These days, when Freeziac customers aren’t around, he sometimes gets a tune or two out of his system. 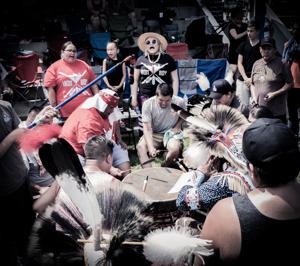 City Hall will be closed Monday, May 25, 2020, in observance of Memorial Day.

Additional City Council and Planning Commission meetings can be viewed by clicking All Videos.

Inside his Eden Prairie frozen yogurt shop these days, Mark Miller might just be plucking away at his guitar. These days, when Freeziac customers aren’t around, he sometimes gets a tune or two out of his system. 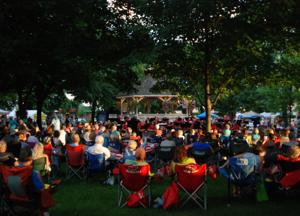 Clean Up Day for City of Carver residents is planned for Saturday, June 13, with pick up starting at 7:00 a.m.

Curbside collection will be provided for items placed at the curb in an area no more than 8 feet wide by 8 feet long by 4 feet high.

For details on what is accepted and what is not accepted, see the details on the FLYER.

For materials not accepted, consider an option for recycling or reuse:

In coordination with the City Wide Clean Up Day, the Carver Lions will be hosting their Annual Shredding Event.  Veteran Shredding will be at Community Park (800 6th Street West) from 9:00 am. to 11:00 a.m. on June 13 to collect your paper waste for shredding.  There will be a two-box limit per vehicle.  This is a free event but donations will be accepted.

The City Council recently adopted the Covid-19 Phasing Plan aimed at a gradual and mindful re-opening of facilities and in person services. City Hall is now open for business by appointment by calling (952) 448-5353. Although residents and other stakeholders will first be offered information and services remotely, requests can be made for in person services at City Hall for complex transactions.

For more details regarding the City’s plans, click on Covid-19 Phasing Plan

The May 18, 2020, City Council meeting can be viewed by clicking on the following link:
City Council Meeting

Previous meeting videos are also available by clicking ALL VIDEOS

NOTICE IS HEREBY GIVEN that on Thursday, May 21, 2020, starting at 6:30 PM, the Carver Planning Commission will hold their originally scheduled Planning Commission Meeting.  Carver City Hall is temporarily closed to the public.  This meeting will be held via Zoom conference services.  For virtual meeting information, please see Details for Virtual Meeting.

To watch the live stream of the meeting, click HERE.

The City of Carver is pleased to announce the appointment of Chad Shell as Public Services Director for the City of Carver.  Mr. Shell will assume his new position on Monday, May 18.  The position was previously held by Brian Skok, who recently took a position with the City of Apple Valley.

A native of Fairmont, Shell holds a Bachelor of Science Degree in Biology and Chemistry from the University of Wisconsin, La Crosse.  In addition, he holds licenses and certifications in water supply systems, waste water treatment, turf grass maintenance, and snow and ice control.

Shell has served as Public Services Technician I for the City of Carver since 2018.  In addition, Shell has held a similar position in public works for the City of Elko New Market, as well as serving as the Chief Manager for Snap Fitness for six years.

City Manager Brent Mareck commented that, “We have found an excellent addition to the City’s leadership team.  Chad has tremendous team building and leadership skills and the community will be well served by his technical skills related to municipal infrastructure and maintenance.”

Sustainable Lawn Webinar
Are you tired of mowing your lawn? Seeking a more sustainable option that requires less water? Join us May 28, 2020, for an evening webinar and learn how to convert your traditional grass into a no-mow lawn or pollinator lawn. The terms “no-mow” and “low-grow” refer to a type of grass called fine fescues. These species are one of the most shade tolerant turfs, require less water, and little to no mowing.

In this practical webinar you’ll learn everything from how to assess your current lawn, to selecting the right seed, planting, and maintaining a no-mow or pollinator lawn. To learn more and the link to register click HERE.

If there are any questions, please contact [email protected]

The April / May 2020 edition of Carver’s Villager Tower is now available for download!

Please support the Villager Tower by downloading it and visiting its sponsors.

The May 4, 2020, City Council meeting can be viewed by clicking on the following link:
City Council Meeting

Previous meeting videos are also available by clicking ALL VIDEOS

The hydrant flushing program is very important to the maintenance of the City’s water distribution system.  Each year, Public Service Technicians systematically open hydrants throughout the City to allow water to flow at a high velocity through the distribution mainlines.  This operation serves the following purposes:

Fire hydrant flushing may cause temporary inconveniences such as a reduction in pressure and aesthetic issues such as discoloration of the drinking water.  Discolored water poses no threat to the public’s health, but it will stain laundry and if consumed may have an unpleasant taste or odor. Residents should be certain all discolored water is out of their home’s plumbing and hot water heater prior to laundering clothes or drinking.

What should I do if my water is discolored?
Run both the hot and cold water until clear.

Previous newsletters can be found on our website by clicking Archives.